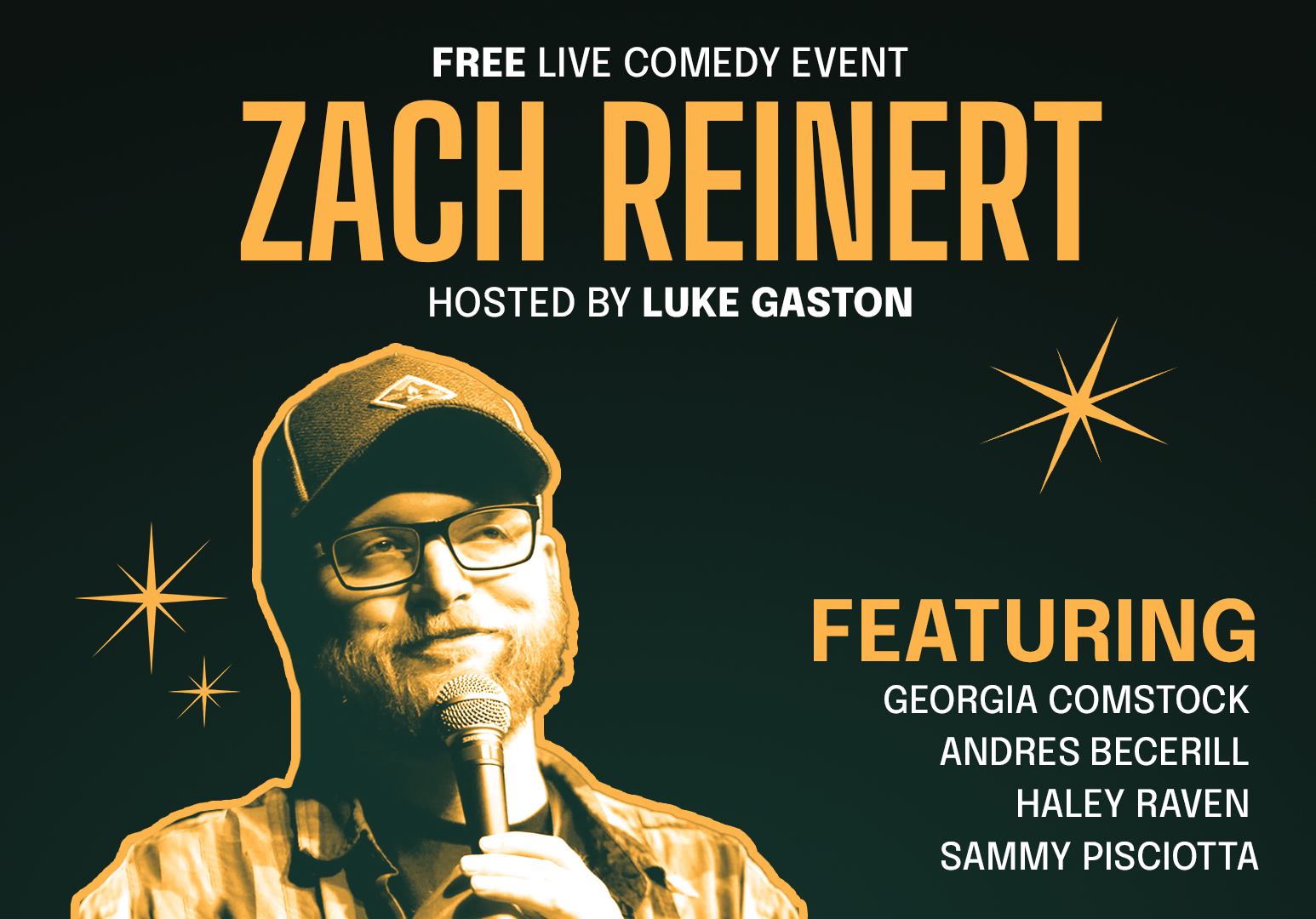 Zach Reinert is a comedian out of Denver, Colorado. His debut album ‘A Boatload of Jokes’ was featured as album of the week on comedy 103.1 FM, is featured on Sirius XM Raw Dog, and was named best comedy album of 2020 by Westword.

We’re in for a night of laughter, drinks, and a whole lot of both! Join us for this FREE show hosted by Fort Collins favorite Luke Gaston. Featuring Georgia Comstock, Andres Becerill, Haley Raven, and Sammy Pisciotta, we’re in for a lineup you won’t forget.

We are hosting comedy nights featuring nationally touring and local comics EVERY 1st Saturday of the month. Come by every month for a brand new lineup!